Recently I’ve been struggling with creating a multi-step CCK node form in Drupal 5. I was able to implement a solution that used a combination of form_alter and jQuery, but due to the amount of jQuery, it was too slow. I then attempted the same functionality in Drupal 6, but due to the number of changes in the Forms API, I decided to take a step back. Here’s my first successful attempt at creating a multi-step form using a Drupal 6 module and the Forms API. The following code adds the ability to jump to any step of the form, save at any point, and dynamically creates steps based on the number of fieldsets. My next step will be transposing this code to work with a CCK node form. 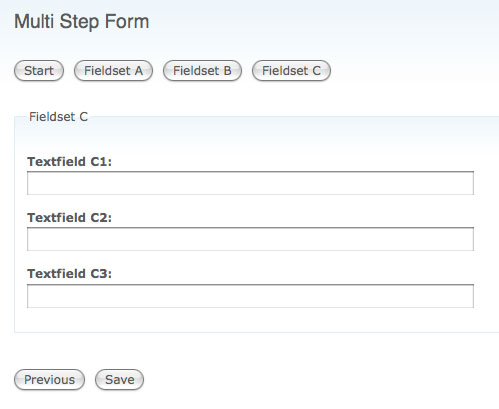